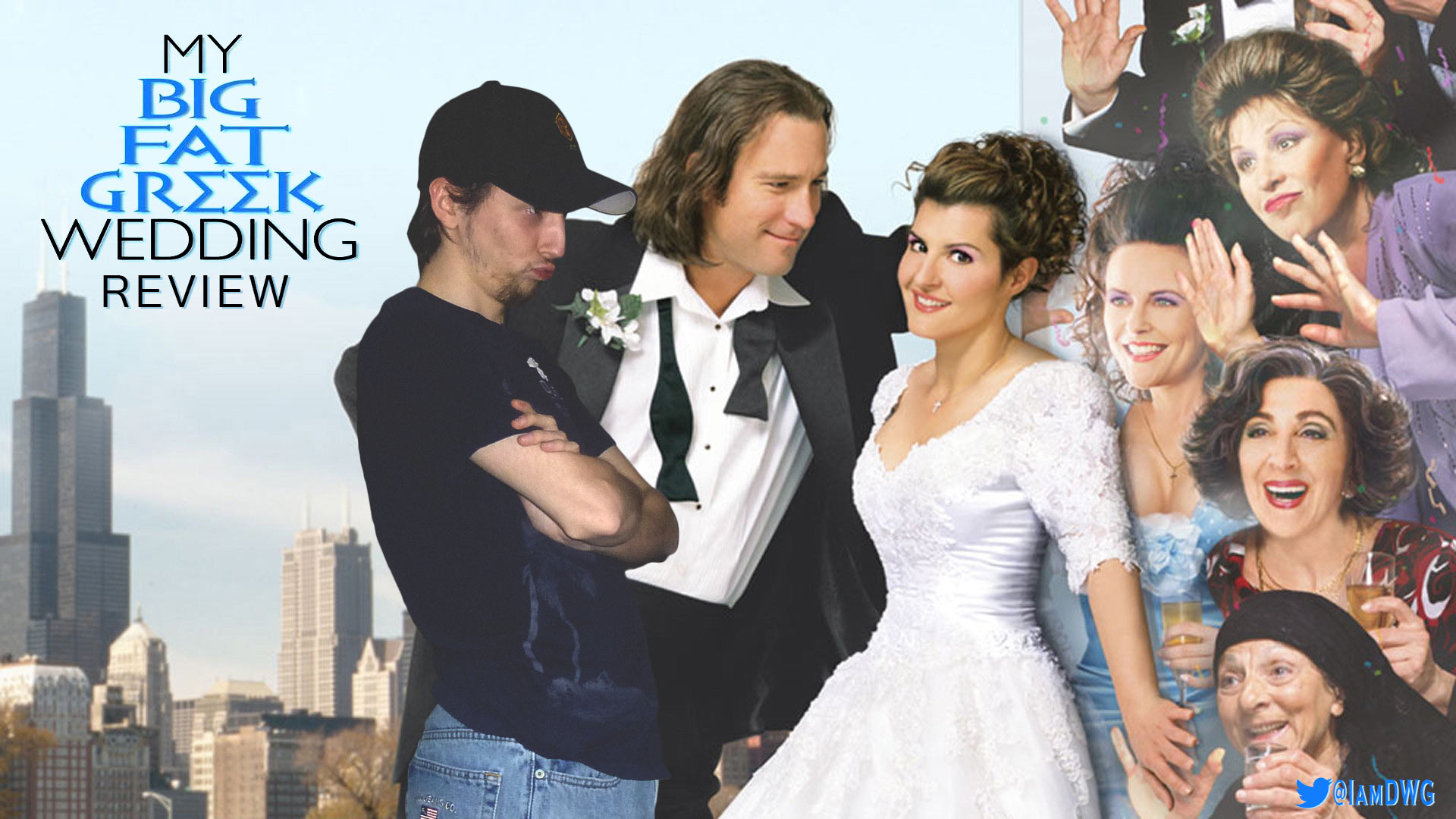 My Big Fat Greek Wedding is a wonderfully written and well directed movie that is surely going to entertain you. It has a very simple and easy to understand plot and all the characters in the film seems very natural. This movie has a very nice Greek Taste to it and that makes it interesting to watch. In addition to the sweet story line My Big Fat Greek Wedding’s music/background score is also very appealing and it very nicely blended with the script. The music has a traditional or I must say ethnic Greek touch to it that is quite uncommon in North American movies. I really liked the music too much it is very rhythmic and melodious. Now coming to the story,  Fotoula Portokalos (Nia Vardalos) is a 30 – year old unmarried woman who is fed up of her life. Her parents want to get her married with an ethnic Greek Boy, but Fotoula has some other ideas. Fotoula thinks that she is ugly or at least not at all good-looking, because of this complex she is not very confident and is very shy of people. Later on, in the film Fotoula changes her job and with that her look too and gets a newly found personality. The movie takes an interesting turn when she gets “emotionally” attracted and involved with a non-Greek guy named Ian Miller (John Corbett). Ian is a protestant and comes from a sophisticated upper middle class society. Now the rest of the movie revolves around this fact that how Ian’s and Fotoula’s families accept each other. There are a lot of funny sequences in the movie and ultimately it’s a “Happy Ending” one. The journey of Fotoula’s wedding is enjoyable to watch.

Fotoula “Toula” Portokalos (Nia Vardalos): Nia Vardalos as Fotoula is wonderful in this movie, she is actually the writer too of this film. She has performed the role to perfection and it feels as if she this role was made for her. Her acting and face expressions are superb and she is without doubt the best part of this movie. She has looked gorgeous in the later half of the movie and her chemistry with John is really sweet to watch.

Kostas “Gus” Portokalos (Michael Constantine): Michael’s role in the movie is of a man who loves his family too much and at the same time he is very proud of his ethnic roots. His favorite dialogue is “Give me a word, any word, and I will show you how the root of that word is Greek”. He has portrayed the role of Mr. Portokalos very well. Initially, he is very upset with her daughter for choosing a non-Greek guy, but in the end he accepts him for the love of his daughter.

My Rating of This Movie:

I rated My Big Fat Greek Wedding 10 out of 10. For the reason, that it is an entertaining movie with nice story and some great music and above all wonderful acting by the cast. Everyone in the movie has given their best and that makes this movie a good to watch family film.

My Verdict of My Big Fat Greek Wedding:

Well, this movie has become a “sleeper hit” and once you watch it, you will understand for yourself. If, you are looking to watch a good and decent family movie then this is highly recommended one. You can enjoy it anytime and it will make your mood light. Nia Vardalos is just great to watch in it. And I really appreciate her efforts for writing this sweet romantic comedy. So, in my view you don’t need to think twice to watch this flick, just grab some snacks and be ready for an entertaining and joyful 95 mins ride.

One thought on “My Big Fat Greek Wedding – Movie Review”