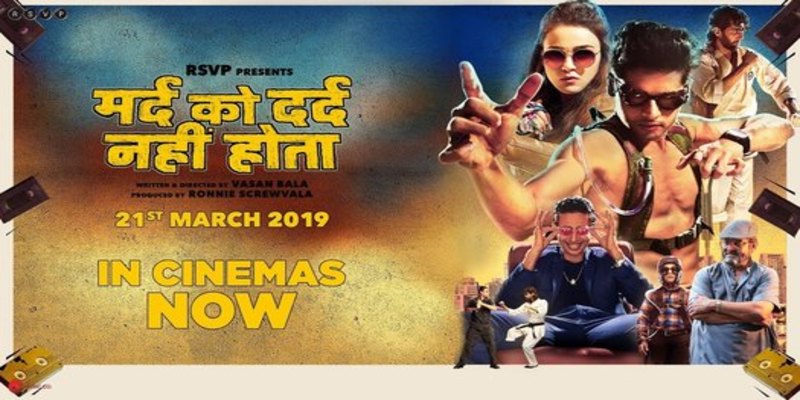 Didn’t know the title or I would have been skeptical. Didn’t realize its heavily Southie, perhaps even dubbed from one or I may have totally avoided. I am biased, Yes! Just stumbled upon the movie on Netflix and clicked to watch the trailer. The movie began before I even realized it.

This movie took me by total surprise.. liked it and enjoyed it and laughed at all the silly jokes and even felt the underlying pain felt by the parents of the child who can not feel pain. Losing his mom early and being brought up by an overprotective father, Surya, Abhimanyu Dasani, is fed on a diet of Superheroes by his Ajoba, Mahesh Manjrekar. Surya grows up in a secluded environment and is pretty messed up till a trip to the city and meeting his friend from his childhood, Supri, Radhika Madan just rights it all.

Watch This Movie On Netflix!

The child stars Sartaaj Kakkar and Riva Arora have acted well and manage to wind us around their little fingers. Gulshan Devaiah in a double role of the Villain, Jimmy and the Karate Master, Mani is the part that hit you strongly as perhaps being dubbed though the martial arts stunts and choreography is truly brilliant.

Abhimanyu Dasani is a handsome star kid (Bhagyashree’s son) and does justice to the role. He gets a tick on all counts of looks, acting, dialogue delivery and especially the martial arts scenes. While Radhika Madan fits right into the role and bowls one over with her looks and acting skills.. Her martial arts actions seem supreme like one who is proficient and not merely acting.

Ajoba’s dialogues and one liners are bang on and keeps one in splits so what is the downside..the long drawn battle between Jimmy and Mani and some of the dialogues are so silly that I wondered if the director and story writer changed at some point in the movie.

English Title: The Man who Feels No Pain