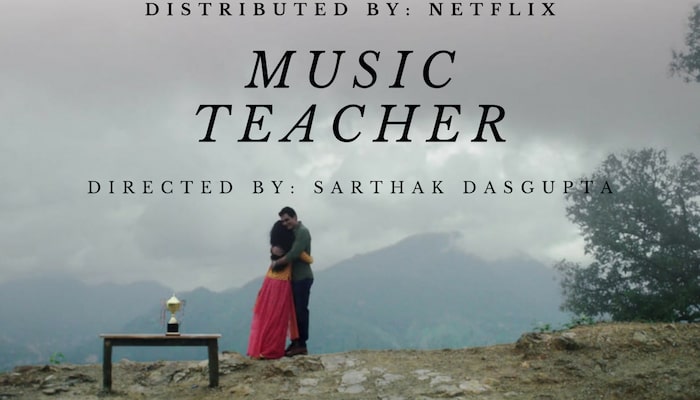 A very simple story set in the hills of a simple life of Manav Kaul as Beni Madhav, who aspires to make it big in the Mumbai movie/music world but returns home and settles as a Music Teacher. He pushes his student Jyotsna Ray (Amrita Bagchi) to participate in a reality show and take up the big time offer that comes her way on winning. She moves on very reluctantly but forges ahead to become successful and returns to Shimla for a concert.

Divya Dutta as Geeta the lonely estranged woman living in a run down home with her ill father-in-law with no future to look forward to has been shown as sitting duck for Beni’s amorous attention. Her moment of glory is when she breaks tradition to do the last rites of her father-in-law when her husband doesn’t return.

Neena Gupta as Madhvi, Beni’s mom is just there with barely a role as the frustrated and angry widow of a classical musician. With no money and no returns on the musical talent in the family, all she looks forward to is her children getting married.

Niharika Dutt as Urmi shows potential as bubbly bright eyed Beni’s sister, also a singer but no plans or future in her talent.

The quintessential barber with the local gossip has been brought in well as are other scenes typical of a small town.

After years of denial Beni realises he wants Jyotsna back in his life and even ends up fighting with his best friend, Shankar for this in a shanty typical of small towns. The movie begins beautifully with numbers from old Hindi movies but soon slows and breaks down aimlessly with quite a few key notes left unsaid. Most importantly we don’t find out why Beni doesn’t go with Jyotsna in the first place!