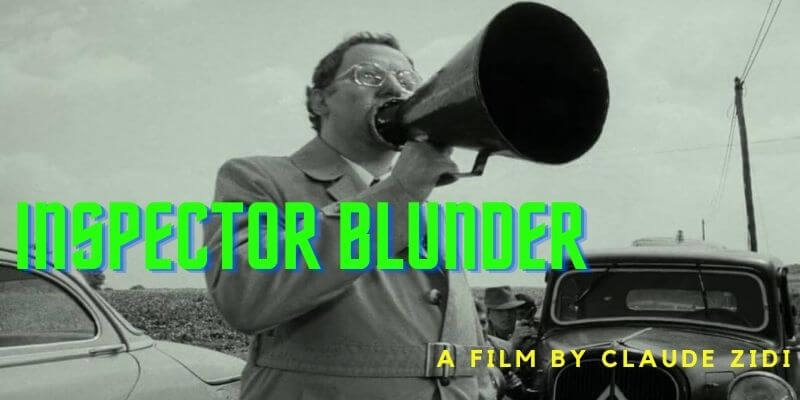 A special performance by Coluche

Before watching the Inspector Blunder movie, I wasn’t aware of the fact that Coluche is regarded as one of the greats of the French cinema of the 1980s. I felt sad to know that unfortunately, the talented actor died at a young age of 41. I am looking forward to watching some more movies featuring him. The actor was known for his irreverent humor and we have plenty of it in this film. So, without further ado let’s move to our review of Inspector Blunder.

Once I started watching it, the expectations soared after the first few scenes only to wane as the film progressed. The thing that didn’t go right with this comedy was its storyline. It lacks substance. The film starts on a good and comic note but somehow loses its track and ends abruptly or should I say unsatisfactorily. It simply fails to fulfill its promise.

Michel Clément is a newly appointed trainee in the Paris Police Department. Although being the last person to pass the police exam in his class, his reputation precedes him. The reason is the fact that his brave but idiotic father took 7 bullets to his body while arresting a criminal. His last words to his son were, “Son, you will become a policeman.”

Finally, after trying hard, Michel is selected by the police only to be confused with a criminal on his first day. His first day at the police station becomes memorable as he is beaten by his seniors before they realize that he is the wrong person. The rest you would love to watch yourself.

Later on enters Marie-Anne Prossant, a young courageous and outspoken journalist. She deliberately ends up provoking Roger Morzini, Paris’ most wanted criminal at the time. The plot of Inspector Blunder revolves around how Morzini abducts Marie-Anne. He does so with the help of Michel, who inadvertently ends up becoming a prime suspect in the abduction. The climax is about how Michel gets Marie-Anne back using his seemingly foolish pyrotechnics.

I am giving this film 6.5 out of 10. The good things are Coluche’s spontaneous humor and satirical jabs. But as far as the story is concerned, I am hugely disappointed. It could have been much better. The other aspects such as screenplay, editing, music, and direction are all good.

I found this movie on my hard disk, I am not sure if it is available on any of the OTT platforms in India. So, if somehow you get your hands to it try it once. Our International Cinema lovers can watch this film as a tribute to Coluche.