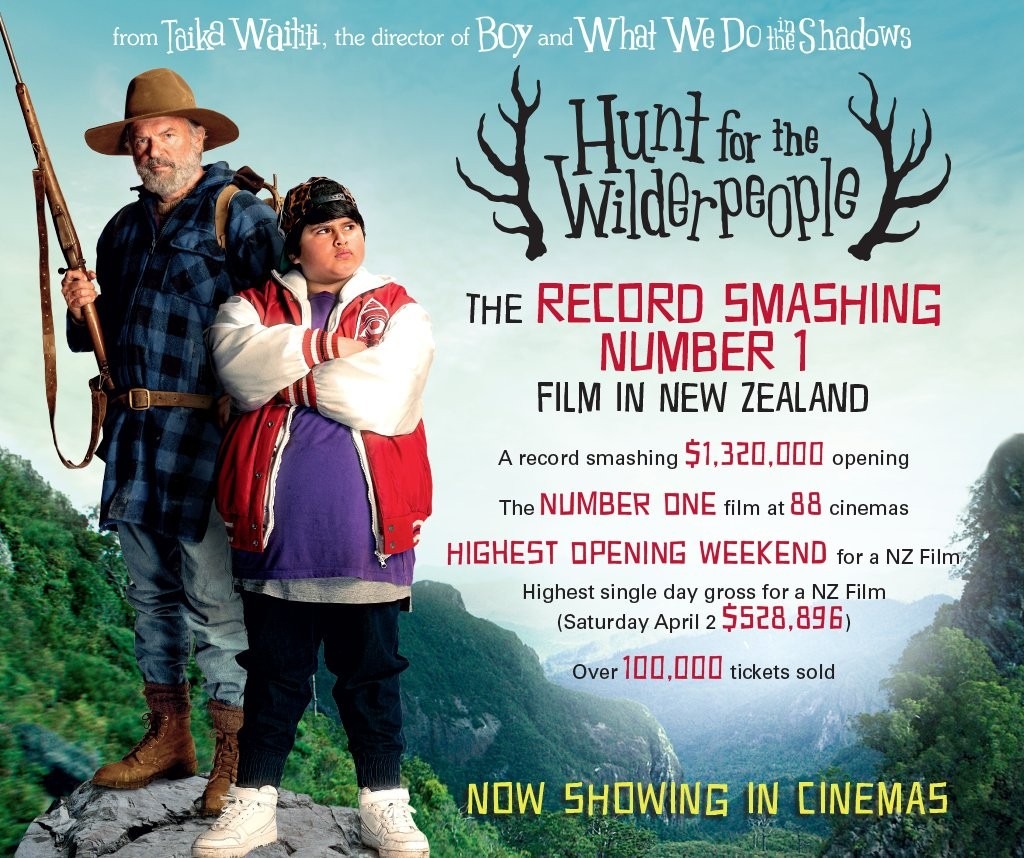 Hunt for the Wilderpeople Movie Review:

After reading about its success and praises showered by the critics to its director. I decided to watch Hunt For The Wilderpeople and for once the praises were right. Directed by Taiku Waititi, Hunt For The Wilderpeople is a much sought breather of a cinema in today’s movie world. The film despite having few characters and very limited storyline is a good piece of cinema to watch.

There are many aspects in the movie that grabbed my attention such as high quality acting by the protagonists (specially Julian Dennison), great picturization showing the audience New Zealand’s enchanting countryside landscape, some Māori inspired music, couple of nice songs and yes “Haiku”. As for what’s a “Haiku” means it will be more interesting for you guys to find it out yourself after seeing the film.

At the time of writing this review this film has already become the highest grossing New Zealand movie of all time in the country. Not surprisingly, it is still playing worldwide so it will garner more money in coming weeks. That will make it more successful commercially than already it is now. The film’s director Taiku Wakiti is already in the news for being chosen by Marvel to direct Thor: Regnarok (2017). Well, only time will tell how he does that job.

Now coming back to Hunt for the Wilderpeople let’s see what’s the movie is about?

The film is beautifully divided into 10 chapters that makes it interesting to watch. It feels as if you are reading the book in an animated way. Ricky Becker is a 13-year-old fat kid. He is troublesome and notorious. Child Welfare Services (For whom he is a real “Bad Egg”) chooses a new home for him where he meets a kind-hearted woman Bella (who asks him to call her aunt even though she isn’t his aunt really). Bella’s husband a former convict Hec (Sam Neill) isn’t much happy with her decision to adopt Ricky to live with them. Unfortunately, for Ricky things get worse when Bella dies and Uncle Hec asks him to go back to the welfare department. But, Ricky is not ready to go back that juvenile center and is adamant to live with Hec.

There is a kind of animosity between two and the adventure begins when they are forced to work and live together while the whole country is after them. This part of the film is really watchful and appeals to you emotionally in a very subtle humorous way. It shows different shades of humanity as Ricky who is an orphan just want to live free of state’s interference and Paula (the officer) is unwavering in her pursuit of him. Her dialogue “Not a Single Child Left Behind” conveys multiple meaning to the audience depending how you want to interpret it.

In the end, after trying his best Ricky and Hec has to lose against the government authorities. The army finds them and Hec is sent to a jail. While Ricky is send back to the welfare department. But, Ricky gets a new home and he goes to Hec asking him to accompany for another adventure this time not to run away from the authorities, but to find the supposedly extinct “Huia” bird that they saw in the jungle. Hec gladly agrees and the two goes to jungle again.

My Verdict and Rating:

Hunt for the Wilderpeople gets 8/10 from me because of the awesome acting by young Julian Dennison and some awesome portrayal of New Zealand’s exquisite beauty. If you are looking to see some cool adventure stuff, then go for it. This is a good piece of cinema that every movie lover will love. So, don’t wait anymore and watch Hunt for the Wilderpoeple ASAP..!