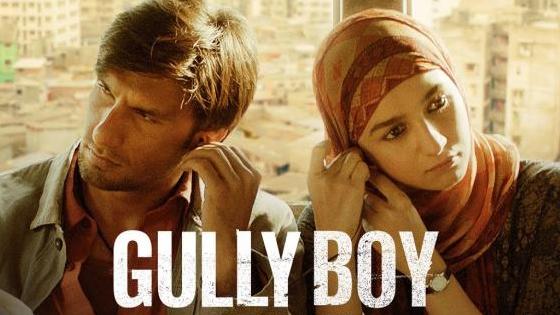 Gully Boy…A realistic movie, read ‘art’ movie doesn’t have to be dramatic or glorified or cringey, we can hum along and tap along and be a part of Murad’s dream for 2½ hours leaving us wanting more. Though the theme is cliched and seen multiple times before. I enjoyed the by lanes of Asia’s largest neighborhood for the underprivileged, Dharavi. The movie does not allow us space to feel sorry for them.

To be a part of a rapper’s birth and go along the journey of a poet who gives vent to his frustration in rhythm is fascinating. I discovered there’s more to Rap than only vulgar lyrics.

Ranveer Singh as always gives more than his best once again and it’s a treat when you realize he has rapped seven tracks himself not a voice over. Alia Bhatt as the feisty medico with her own agenda had me rooting for girls to not need to lie to their parents to go out, wear lipstick and invite friends over. Murad and Safina’s love is summed over shared earphones, bus/train rides and meetings on the bridge over a sea of garbage.

Siddhant Chaturvedi’s debut as MC Sher is a total delight. Sher is a hottie who actually overshadows even RS in parts. Love how all the stars have been given their own space. Zoya Akhtar’s directorial talent is seen in how RS doesn’t rule the screen always. The opening scene with Murad in the background is surprising.

Vijay Raaz as the frustrated father with his own reasons to be demonic. Kalki Koechlin is the perfect buffer whose western education and lifestyle helps Murad understand where he is headed. Vijay Verma as Moin is a power-packed character and does total justice to the friendship.

For those who felt the lip locks or rolling joints should have been censored… look around… It’s more real than you thought!