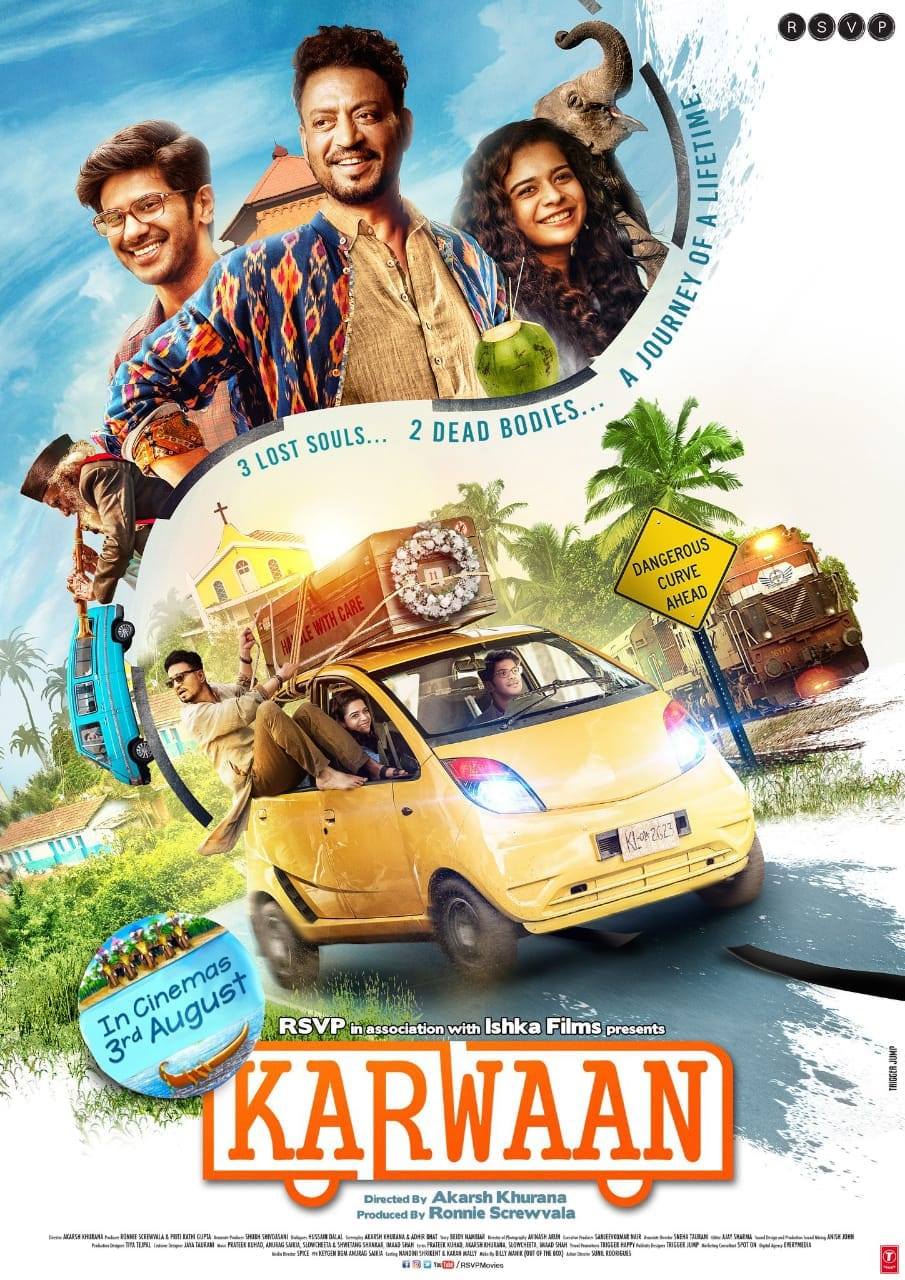 3 Reasons You Must Watch Karwaan Movie

3 Reasons You Must Watch Karwaan Movie

The above words sum up what is on offer for all of us in Akarsh Khurana’s upcoming movie Karwaan, which is going to hit the theatres tomorrow across the country. Karwaan is supposedly a slice of life movie that will take you to soul refreshing journey.

Karwaan is a movie that will give you plenty of moments to laugh as well as filling your eyes with tears. The movie revolves around three characters: Avinash (an IT worker), Shaukat (a car mechanic) and Taniya (a student). They all belong to different walks of life with no connection to each other, yet destiny binds them together as they find out that they both have one thing in common. Of course what that one thing is will only be known to us tomorrow once the movie is released.

However, in this article, we will look at 3 reasons you must watch Karwaan movie this weekend.

1. Dulquer Salmaan aka ‘DQ’: When you have a father with a stature of Mammootty, acting got to be flowing in your veins. Karwaan is DQ’s debut movie in Bollywood, but the Malayali heartthrob has already won many awards in South Indian film industry and has established himself as a leading actor there. In the trailer, he looks at ease sharing screen space with Bollywood veteran Irrfan Khan. By the way, the most astonishing thing that I liked about Dulquer Salmaan is his good hold on ‘Hindi’. It looks like we are going to see him in many more Bollywood movies in future.

2. The Mesmerizing Nilgiris & God’s Own Country: Having travelled to Tamil Nadu and Kerala, I promise you that this ‘road journey’ from Bengaluru to Kochi via Oooty will make you fall in love with South India. The trailer shows enough of greenery and scenic spots to give us a hint about this journey of a lifetime that our three lost souls embark on.

3. Irrfan Khan: We all know what he is capable of pulling on screen. So no point in discussing or praising his acting prowess. However, what is worth discussing is his character of a Muslim car mechanic who keeps us laughing in his signature style. This is the second movie in two years where Irrfan is taking us on a journey, in case you don’t remember, in 2017 he took us on a tour de India in Qarib Qarib Singlle. Both these movies have one thing in common–throughout the journey Irrfan and his partner keep meeting new and strange people and learning new experiences that enrich their soul.

The music is given by Prateek Kuhad, Anurag Saikia, SlowCheetah, Shwetang Shankar and Imaad Shah. I particularly liked the song “Chota Sa Fasana”. The other songs too are good with some refreshing music and lyrics.

So, having read this article, I guess it is time you book your tickets on Bookmyshow for Karwaan Movie.

1 thought on “3 Reasons You Must Watch Karwaan Movie”