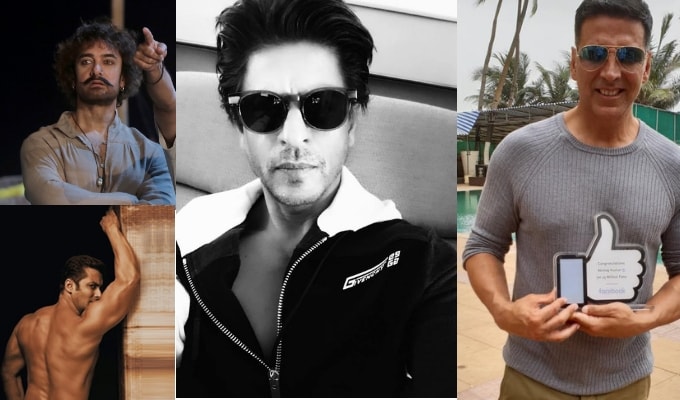 Some say age is nothing but just a number. Over the years, in our part of the world, it is believed that with age your popularity diminishes. However, some of our beloved Bollywood actors have defied this belief with flying colours. Recently, I watched some movies on India’s second-biggest OTT platform, ZEE5 and came up with an idea of writing an article on Bollywood stars who are over the age of 50 and still doing well in the industry.

While writing, I chose 4 actors to features in this article:

1.Akshay Kumar: At 51, Akshay Kumar’s box office prowess is all but increasing with every film. For the record, his last 3 movies–Gold, Padman & Toilet: Ek Prem Katha–have all been box office hits, earning more than double of their budgets. Padman, in particular, was highly praised by critics and public alike as it is based on a topic which is considered a taboo in our part of the world–female sanitary pads.

Akshay has evolved over the years from being an action hero to a comedy star and of late shedding some much-needed attention towards social issues on screen. One reason behind his continued success can be attributed to his disciplined lifestyle. For example, he is known to be incredibly punctual during shoots and has a strict policy of not working on Sundays! The actor is also very conscious of his health and ensures that his shoots start early morning and finish before night so that he can have a good sleep.

2. Shahrukh Khan: The name is synonymous with Bollywood for many foreign countries. With over 280 awards in his cabinet, he is described by the Los Angeles Times as perhaps “The World’s Biggest Movie Star“. Shahrukh has won 8 Filmfare Awards, in the category of Best Actor in a Leading Role, the most by any actor.

The 52-year-old actor started his journey with films like Deewana, Raju Ban Gaya Gentleman, Dilwale Dulhaniya Le Jaayenge and Dil Toh Pagal Hai to name a few, and successfully established himself as the leading romantic actor in 1990s. Over the last few years, he has played some mature characters too. His latest movie, Zero is slated to release later this year, has already generated a lot of buzz in the B-town.

3. Aamir Khan: Popularly known as Mr Perfectionist in the Hindi film industry. Aamir has to his credit, India’s highest grossing movie – Dangal, the only movie so far to have crossed the figure of 2,000 crores ($300 million). Aamir, 53 is still considered a potent force in Bollywood because of his commercial as well as public value. His forthcoming movie, Thugs of Hindostan is made with a budget of 300 crores and is set to hit the screens early next month.

American magazine, Newsweek named him as “the biggest movie star” in the world. Aamir has won 9 Filmfare Awards and 4 National Film Awards, besides being nominated for an Academy Award.

4. Salman Khan: Another superstar of Bollywood, who is in his 50s, Salman has a crazy following of fans. Salman’s market value can be assessed by the fact that in 2015 Forbes listed him as the highest ranked Indian with earnings of $33.5 million in the list of Top-Paid 100 Celebrity Entertainers in the world.

Known as ‘Bhaijaan’ to his fans, the actor has done roles ranging from a sanskari beta to macho man to a humble do-gooder. Three of his movies (Tiger Zinda Hai, Sultan and Bajrangi Bhaijaan) have been listed in top 10 highest grossing movies of Bollywood. Salman also does philanthropic activities through his charity non-profit organisation, Being Human.

Stay tuned to The World of Movies for more such articles and more!

Image source: Official Facebook pages of the stars mentioned in the article.